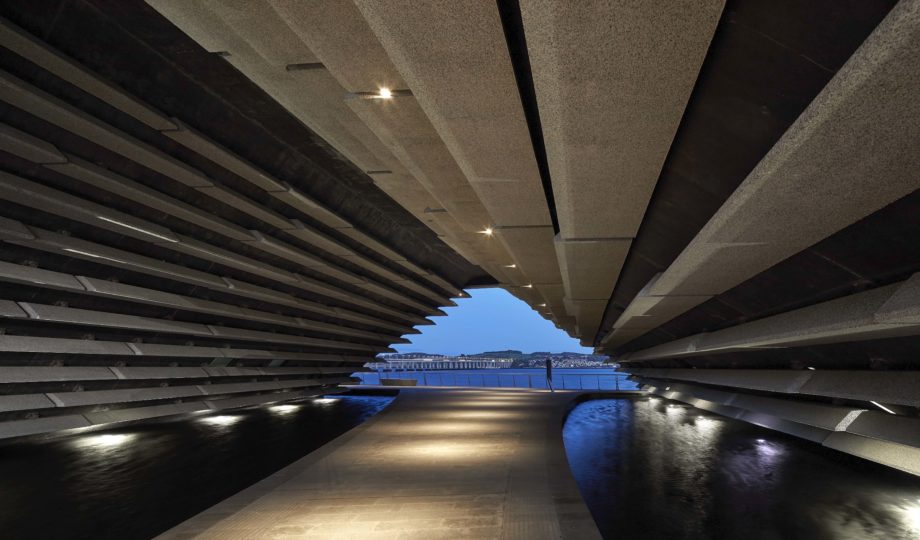 The newest member of the Victoria & Albert museum family has finally opened its doors to the public.

This September, the V&A Dundee welcomed visitors to Scotland’s very first dedicated design museum. The museum showcases Scotland’s design achievements with 300 exhibits from the V&A’s Scottish design collections as well as from private collections from Scotland and around the globe. The museum also features the famed Oak Room by Charles Rennie Mackintosh, which has been painstakingly restored and is considered Mackintosh’s best work. The museum has and enviable program with numerous exhibitions scheduled. According to David Mundell, Scottish Secretary, “V&A Dundee is the biggest addition to Scotland’s cultural scene this century.”

The V&A Dundee is located along the River Tay in the former city docklands, which underwent a £1 billion investment in order to accommodate the museum. The final structure that alludes to the façade of a ship afloat reflects the history of its location. “The big idea for V&A Dundee was bringing together nature and architecture,” explained Japanese architect Kengo Kuma. “I was inspired by the cliffs of north-eastern Scotland – it’s as if the earth and water had a long conversation and finally created this stunning shape.”