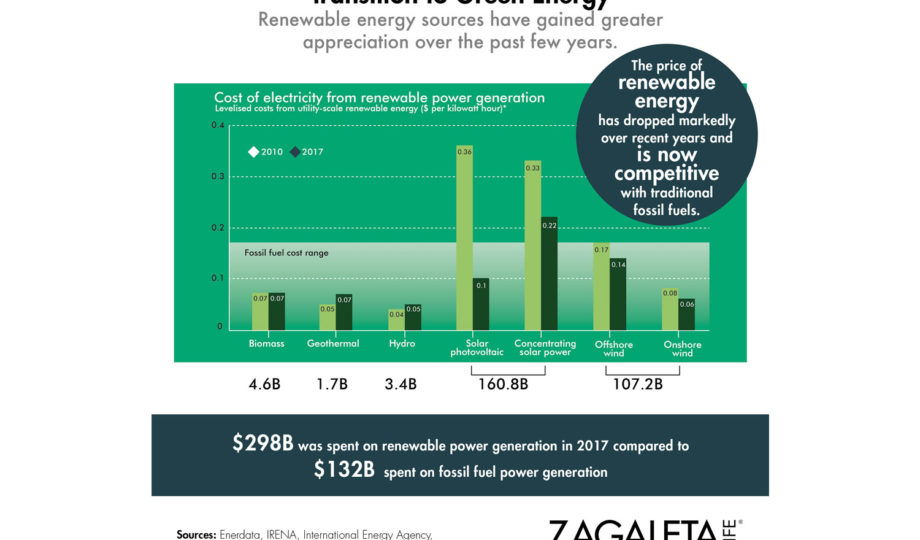 Renewable energy sources have gained a greater appreciation over the past few years leading the way to a greener future.

According to a recent report from the United Nations, renewables should account for 70-85% of electricity by 2050 in order to combat the effects of climate change. As public awareness increases renewable energy sources become favorable, however it has only been recently that the cost to produce energy from these sources has become competitive with that of traditional fossil fuels. In the past seven years, the cost of producing energy from solar photovoltaic cells has gone from $0.36 to $0.10. In 2017, solar energy received an investment of $160.8 billion; this is the sector that receives the greatest investment, followed closely behind by with $107.2 billion in investment. Overall, $132 billion were spent on power generation from fossil fuels in 2017, yet compared to the $298 billion spend on renewable power generation the change has begun. 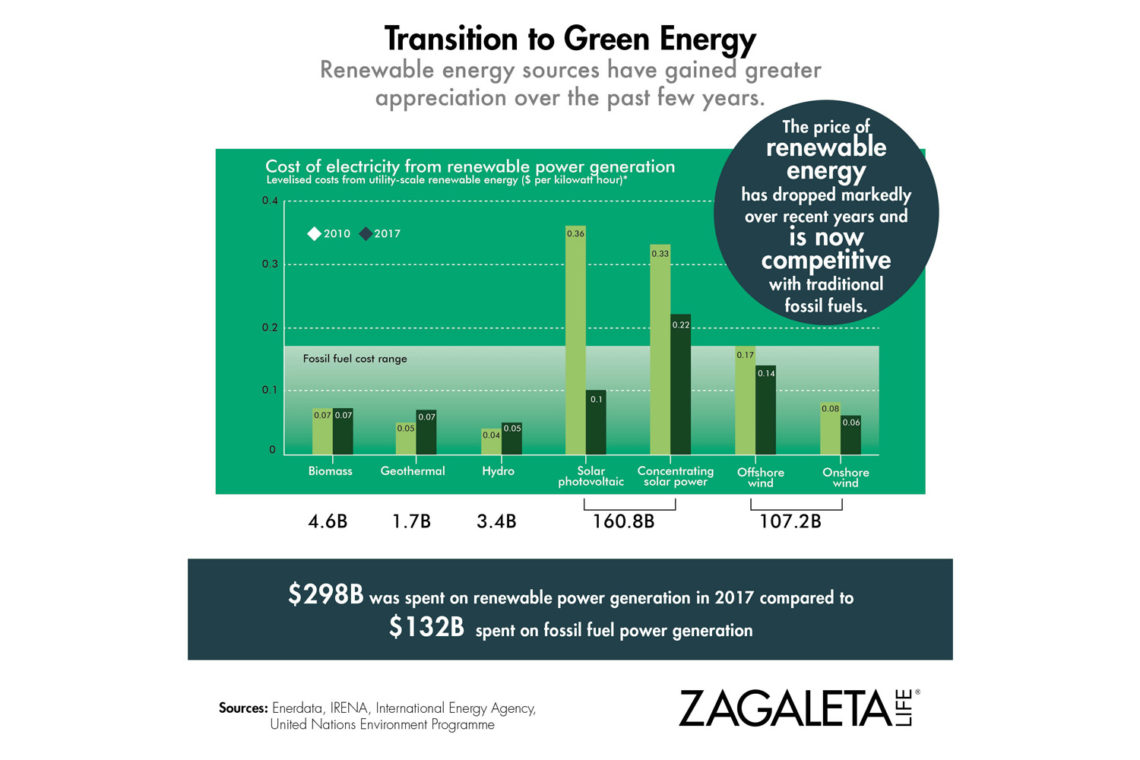